In Grier We Trust, Sills For Heisman, Amen… 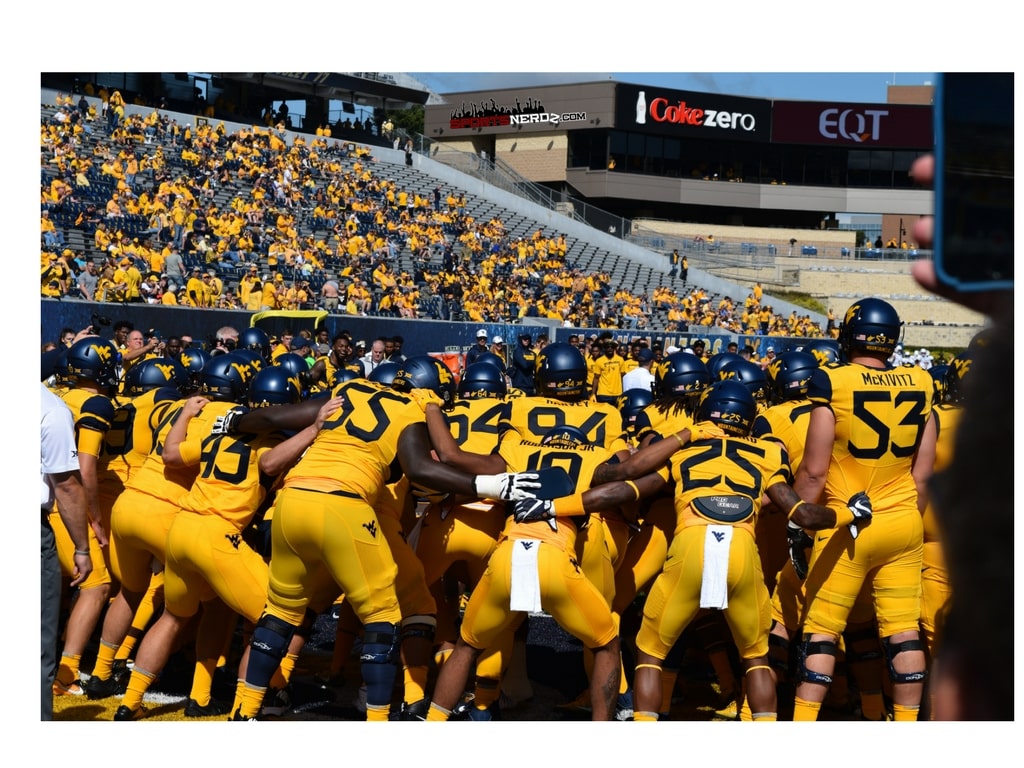 You can have your Josh Rosen’s and Baker Mayfield’s. I’m taking WVU’s very own Will Grier. All the hype leading up to this guys home debut was surpassed. Anyone can pick apart a quarterback’s mechanics, decisions, ball velocity, etc. But, on this day he was flawless. On paper coming into today’s game against East Carolina, one might think that it was gonna be a “barn burner.” Well you are half correct! See what I did there? Leading at the half by a small margin of 46 points, the Mountaineers would go on to be outscored in the second half 17-7. This could be a bit misleading. The offense was clicking on all cylinders, and could have easily put up 80 points. Dana Holgorsen had seen enough mid way through the third quarter of play, and started emptying the bench. WVU would go on to win by the score of 56-20 in front of a ruckus “Goldrush” crowd at Milan Puskar. Here’s how it happened…

East Carolina was coming off a blowout loss to an FCS school in James Madison. James Madison was coming off of a National Championship last year, and could do as it pleased rushing the ball against ECU rattling off 3 runs of 75 yards or more. In turn, WVU looked to get Justin Crawford, Kennedy McCoy, Martel Pettaway, and Tevin Bush going in the run game on this day. Justin Crawford would open the game with a 5 yard scamper to the end zone. The flood gates would open from there. ECU would manage only a Field Goal in the minutes to come. Grier would complete a pass to Ka’Raun White for a 7 yard touchdown to make it 14-3 with 3:50 left in the first quarter. On the ensuing drive Will Grier would find David Sills for a beautiful 40 yard gain placing the ball at the ECU 13 yard line. WVU would complete the drive with a Kennedy McCoy 13 yard touchdown making it 21-3 with 1:50 left in the first quarter. The second quarter was no different, as the offense kept on coming.

In the second quarter with just under 11:00 minutes to go, Grier would find a returning (and healthy) Marcus Simms for a 52 yard bomb making it 28-3 WVU. Kyzir would pick ECU off a couple plays later giving WVU the ball back at the ECU 31 yard line. Will Grier would eventually find David Sills on a 9 yard TD making it 35-3. With 5:26 left in the second quarter Justin Crawford would find the end zone again on a 41 yard rush. On this ensuing drive for ECU, Kyzir White would pick off his second pass of the day to set up WVU on their own 14 yard line with 54 second to go in the half. Instead of running out the clock, WVU would want to keep the foot on the gas and turn the lights out early. Will Grier, again, would find David Sills for a 75 yard TD. Going in to halftime the game would stand at 49-3. At the half one look at the stats would be a bit confusing. Very seldom do you see a team down that much in time of possession (WVU 11:31) (ECU 18:29) be ahead by this much. But, ECU was not meant to stand in the way of the Mountaineers getting back in the win column after a tough loss to Virginia Tech to open the season.

The third quarter came and went with Grier yet again finding David Sills for a 4 yard TD. His third of the game, fifth of the season. The running game was back on track, the offense was clicking on all cylinders. The defense showed signs of maturing with all the new, young faces such as guys like Dylan Tonkery and Reese Donahue, growing up before our eyes. The offense is there with the speed, weapons, talent that Grier has behind him. An aspect of the game that could use some work would be on special teams. Muffed kickoffs, missed field goals, etc. I caught up with players and coaches after the game to see how they felt about returning home in front of a crowd of 56,797 on Gold Rush Saturday.

Speaking with Dana Holgorsen after the game, I asked him if he was happy with where the run game is, or just intrigued by where it can go going forward in a tough Big 12 Conference. “I’m happy with it. Obviously we are throwing the ball more now, but it seems like we forgot how to throw it in the past couple of years.” He would also go on to say that “we have four backs that I’m comfortable with, so we’ll force the run.” I also caught up with one of the stars of the game in David Sills. He stated “Those were my first scores at Mountaineer field and it was a great experience, but I feel like we still have a lot to work on.” Will Grier would also go on to say that “It was great having Marcus Simms back, because the chemistry is there.”

Will Grier continues to impress. He continues to be turnover free with all but one hiccup. He continues to have patience at the position. This gentleman is one of the best quarterback’s to ever put on the gold and blue already. Besides a few minor mishaps that will be addressed, this team looks poised to make a run in the Big 12 conference. The defense will need to step their game up further for teams such as Oklahoma, Oklahoma State who can light up the scoreboard in a hurry. Some good practice for that would be next week against a lesser opponent in Delaware State. Kickoff for that game is scheduled for high noon. 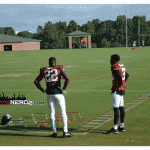